The school bully Randerson is on a rampage, using his ability to transform into a dragon to steal everyone's lunch money for the once-a-year Salami Lunch Special. Can Saria get everyone's money back and end this draconian reign of terror?

Chapter 12:
How It Ended

In 1944, Umeko, Hisa, and Phyllis try to live an ordinary life as Girl Scouts. But being Japanese and forced to live in an American internment camp makes "ordinary" impossible. Shoujodan placed as a Commended Play (English as a 1st Language) in the BBC's 25th International Radio Playwriting Competition 2016. Contains racism and death by drowning. (Excerpt from script) 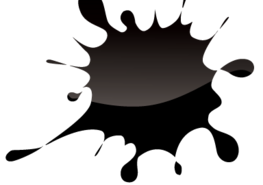 Shoujodan: The
Song of the Scouts

What has become of Ethel and Bernard after their marriage? And did Mr. Salteena and the Earl of Clincham find happiness in their own lives as well? Find out in the final chapter of The Young Visiters or Mr. Salteena's Plan. (Full Audio File)

Once upon a time, there was a little girl named Rose, who lived with her grandmother in the middle of a meadow. One day, a capricious fairy named Duckie flits into her life, promising her grand adventure. Contains some toilet humor. (Full Audio File)

The Request Show: A creative way to get around my inability to play live phone calls on the air. Written 11/16/09 and

Guy and Stella decide to tell their daughter the truth about the Easter bunny on Easter Sunday. They never thought that little talk would become such a big problem or that they'd have to deal with bickering in-laws, old resentments, and several broken vases. And why the title? (Full Audio File)

A grade-school bully and his victim cross paths where they least expect it....at a medical facility where they're

The first time one of my plays has ever had a commercial on the radio! It's an ad for "The Most Important Meal" which was performed in May, 2019. (Full Audio File)

to thwart an assassination effort against the President of France, retrieve England's stolen crown jewels, and shut down a seedy meat-packing factory. Brought to you by AstroSludge: What the astronauts drink!

After getting lost on a camping trip, a transfer student by the name of Robinhood Crusoe decides to fulfill her destiny as the descendant of a fictional character from classic English literature. Said destiny involves taking over the school and using Wishbone books as guidance.

A series of assorted radio plays produced for the theatre between your ears. Ratings vary between episodes.

Stella’s lost the motivation to cook for Vigilia, the Feast of the Seven Fishes...until her daughter invited an entire family over for dinner. Now they’re whipping up a seven-course meal with such items as canned tuna, suspicious-smelling baccala, and live eels that—hopefully—won’t trigger their guests’ shellfish allergies. Can the Mancusos bring back the Vigilia spirit, or will their feast fall flat on its fins? (Full Audio File)

Saria says the H-word. THE H-word! H-E-Double-Hockey-Sticks!!! Naturally, this unleashes Hell-demons on the school and she has to put them back.

Commercial radio: because family companies will use songs that were originally about sex to sell computers. Written 10/25/09 and originally aired on 10/26/09.

The misadventures of third-grade goody-goody Saria as she deals with school bullies who can transform into dragons, school pictures hijacked by Hollywood image consultants, 8 year old dictators modeling themselves after Wishbone books, and an apocalypse brought on by a curse word. You know, regular grade school stuff.

Awkward Sweet Peaches is the radio show I ran for WFNM from 2009-2012, centered around the general theme of awkwardness. The episodes were written in advance around a specific theme, with songs found to match each theme. Each episode contains a public service announcement, a live reading of the Chameleon Club's calendar of events, and most shows contain at least one mock commercial from "A Prairie Home Companion," as well as entries from the website FMyLife.com or sleeptalkinman.blogspot.com. All of these are the intellectual property of their original creators and were not used for profit of any kind. Included on this website are all the completed scripts from the show, the date they were written and their original air dates.

A series of assorted radio plays produced for the theatre between your ears. Ratings vary between episodes.

The Revolution Will
Not Be Photographed

Geraldine is afraid of heights, and locked inside a giant Ferris Wheel capsule that will only let her out after a half hour. Why did she agree to let Maddie drag her onto the London Eye? Contains mild swearing and toilet humor. (Full Audio File)

In 1890, Daisy Ashford set pen to exercise book and created the most famous novel ever written by a nine-year old. The Young Visiters is a testament to the keen powers of observation that only a child can have. Ashford adeptly applies the tropes of Victorian novels, such as the gay parties and perils of social climbing. Yet she also adds her own twists when she introduces the custom of tea in bed and sends her heroine unchaperoned into the world of high society. Unlike other adaptations of The Young Visiters, this audiobook is performed entirely by children, with one “elderly” woman of 29 helping out a bit behind the scenes.
Dive right in to this youthful adaptation of The Young Visiters or Mr. Salteena’s plan, performed with all the innocent sobriety the author originally intended.

The whole school's in a panic for Picture Day. Even Breadley's aunt is so anxious for the perfect picture that she'll bring

image consultants and professional makeup artists into the studio just for that perfect 8x10 glossy. The other kids are

forced to wait in line for hours.

Featuring a podcast from my high school days. Sometimes a song can have spoken word without being rap. Written 11/09/09 and originally aired on 11/09/09.