A novel. Smart-aleck realtor Paxton Underwood spends a month in 1212 Briar Rose Ave: a Victorian house no realtor could sell. A hand fondles his cheek, a leg swings on a chandelier, a middle finger sticks up and a foot trips him on the stairs: the house is haunted by the former occupants' amputated limbs. 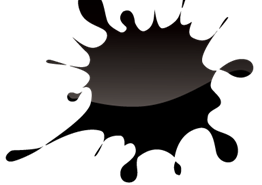 A children's book. Two best friends, Uh and Er, get bullied in school for not being real words. Their efforts to become real words by stretching their letter or adding new ones end in failure, so they run away from home. Only once their gone do the other words, and the people who speak them, see how much they need "uh" and "er."

Publisher and agents often reject manuscripts at a first glance because they do not have time to read it all. Novice publishing agent Ernie Bahena discovers he has all the time in the world... because time stops in the slush pile.

A lonely Macy's mannequin is granted the gift of life...the life of a brain-dead man. He's surrounded with friends, family and hospital staff but can't move or speak or digest their home-cooked meals. Can this new man find meaning in his life...when he's not technically alive?

Welcome to Yoyogi Park, where Japan's flashiest Rockabillies show off their moves and their style...and where two classmates overcome their cliques barriers through a shared love of dance. (EXCERPT COMING SOON.)

A new twist on an old legend, where Medusa's a hermit, Perseus is a kindred spirit, and those hideous looks and locks saved her from attempted rape.

Yes, the original ending of Man or Mannequin was too intense even for my alma mater. Click here to see what all the fuss was about.

Dwane McAllister Jr. is just calling the citizens of Scranton to sell them bath covers, and dialing improv comedy groups and saucy ladies on the sly. Until he gets a series of calls from a suspicious man who keeps asking for a Sienna.

These are the projects I have yet to publish. Some require more research to be as accurate as possible, and some have already been sent to multiple agents without finding the right one.